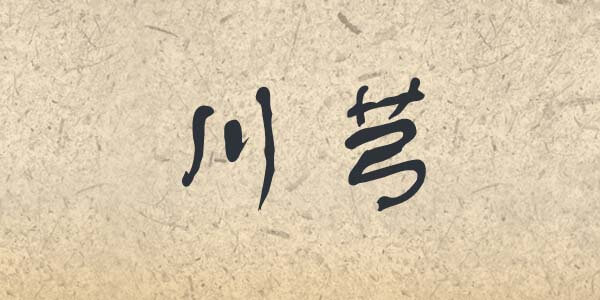 Chuan Xiong is the root of lovage plant, which is a tall perennial plant, 40 to 60 cm high. Well-developed root forms irregular nodular fist-shaped clumps, with a strong aroma. Stems are erect, cylindrical, with longitudinal stripes, and with multiple branches in the upper part and swollen discoid internodes in the lower part. Lovage leaves at the lower stem are petiolate, about 3 to 10 cm long, and with a sheath-like base. Leaves at the upper stem gradually simplify. The inflorescence is a compound umbel, apical or lateral. Fruitlets are flat on both sides, 2 to 3 mm long, and about 1 mm wide. Flowers appear in July through August and young fruits begin in September through October.