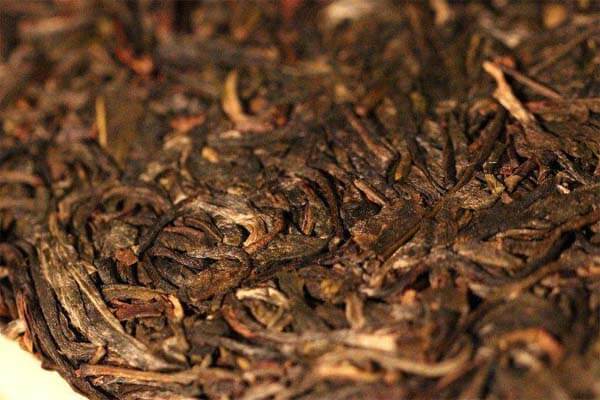 Description: Pu Erh is known to be a great health tea and a very bold and sweet taste. It can be harvested in spring, summer and autumn. New buds break in late March. Tea leaves harvested in autumn are often inferior to the spring harvest, but superior to the summer harvest in quality.

According to the method of fermentation, Pu Erh can be classified into ripe Pu Erh and raw Pu Erh. Pu Erh artificially fermented by scientific method is called ripe Pu Erh. The color of ripe Pu Erh is black-brown and its fragrance is similar to that of bean or jujube.

Pu Erh naturally fermented is called row Pu Erh. With natural fermentation, the color of raw Pu Erh will change from green to deep yellow then to reddish-brown. And its fragrance is similar to that of lotus or chestnut. Raw Pu Erh tastes stronger and has a bitter taste. As the raw Pu Erh is stored and aged for longer time, its taste will be milder and its value will be higher than that of ripe Pu Erh.

Benefits: Pu Erh is a black tea. It can lower blood sugar, reduce obesity and boost immunity. Some studies suggest that black tea may protect lungs from damage caused by exposure to cigarette smoke. It also may reduce the risk of stroke.


How to prepare Pu Erh